His wide-ranging music education took him from the Hochschule für Musik Freiburg with Prof. Jörg Widmann, to the Sibelius Academy in Helsinki with Prof. Harri Mäki, and the University of Southern California, Los Angeles with Prof. Yehuda Gilad. Rounding out his studies, he graduated with highest honors from the Konzertexamen-program at the Universität der Künste in Berlin under the tutelage of Prof. Francois Benda. He received scholarships from the Brahms society Baden-Baden, the Fulbright Commission and the Academie Musicale de Villecroze.

As a soloist and chamber musician, Mr. Weißschnur has presented concerts at many international music festivals such as the Niedersächsische Musiktage, the Warsaw Autumn, and the Encuentro de Música y Academia de Santander, partnering with artists like Paul Meyer, Paul Neubauer, the Guarneri Trio Prague and the Amaryllis-Quartett.

Mr. Weißschnur is currently based in Düsseldorf, where he has been on faculty at the Anton Rubinstein International Music Academy since 2014. 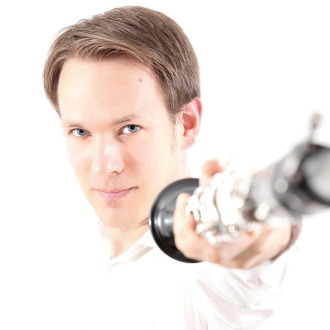