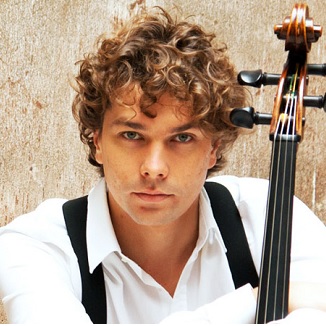 Each participant will get 2 lessons (each 60 minutes) with Konstantin Manaev.

Konstantin Manaev began learning Cello with 1. Suite of J. S. Bach. When he was six years old, his mother, a pianist, played him the piano prelude from 1. Suite of Bach and he felt totally electrified and wanted to repeat the melody immediately. But his mother argued: ‚Kostjuscha, if you like to play this, you must learn to play cello, because Bach composed the piece for cello, not for piano.‘ Within a week he had a small 1/8 cello and began practicing Bach.“

Three years later, Konstantin Manaev played at the „New Names“ music festival in Japan. From that moment on he was sure he would become a cellist. “Since that time, music has been my faith and my religion.”

​In 2016, Konstantin Manaev experienced another remarkable event with Bach’s Suite no. 1: After the concert for the commemoration of the murdered jews of Europe in Berlin, Federal Chancellor Angela Merkel asked Manaev for this special work as an encore – much to the pleasure of the attending audience.

​Born in Yekaterinburg, Russia, Konstantin Manaev began his studies at the Special- Music-School at the Moscow Conservatory under Kyrill Rodin and later at Carl Maria von Weber-Conservatory in Dresden. at Wolfgang Emanuel Schmidt, and at the Academy of Music in Basel at Ivan Monighetti, who played a large part in promoting his musical individuality and force of interpretation.