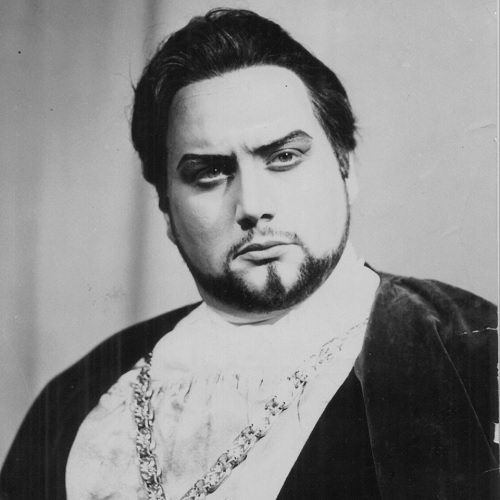 Each active participant will get two lessons with Franco Pagliazzi.

Registrations are considered according to the date of receipt. All
participants that are accepted will be notified.

Franco Pagliazzi, Baritone, born in Florence Italy in 1937, begun to study singing with the Bass Ugo Novelli.  He studied later in Mantova with the world famous Maestro Ettore Campogalliani.

He was quickly noticed by winning several International Competitions including:

He debuted in 1960, in Cherubini´s Elisa at the Maggio Musicale Fiorentino.  He sung in Fedora (De Sireux) and Boheme (Schaunard) at the Teatro Nuovo di Milano and the Teatro alla Pergola in Florence as a winner of the As.Li.Co Competition and Madama Butterfly (Scharpless) in Busseto as a winner of the Busseto Voci Verdiane Competition.  From 1960 to 1963 sung various roles at the Teatro Comunale in Florence and sung in Gala Concerts with Orchestra  in Florence, Messina, Bari, Treviso. In Pisa he sung in a Concert Commemorating the 10th  Anniversary of the death of Titta Ruffo.

In June 1963 he won the Sofia Opera Competition and debuted with a huge success in Rigoletto at the Sofia Opera House (live broadcasted). Toti dal Monte (Jury member) , compared his interpretation with that of the great baritone Carlo Galeffi.

After a pause of two years, he retourned on stage as Dramatic tenor and sung succesfully until the mid 80’s  as MARC ALEXANDER, in roles like  Don Alvaro, Calaf, Radames, Macduff, Gabriele Adorno, Manrico, Canio.

Franco Pagliazzi sung in the  90’s, although only sporadically, in Recitals with orchestra in Italy and

Switzerland in Neuchatel, Geneva, La Chaux-de-Fonds, Yverdon. in 1993 sung twice in London with pianist Nina Walker and 1998 he sung with Orchestra in an Opera Gala in Kagoshima, Japan.

In September 2002  he sung Altoum in Turandot  at the Bolshoi Theater in Moskow.

From 1990 he begun an intense and very appreciated Pedagogic Activity  with young students and emerging Singers. Some of them, won important Competitions and are now enjoing an international career.

He gave Masterclasses  in Florence, Geneva and the Neuchatel and La Chaux-de-Fonds Conservatories.

From 2001 to 2006 he was Voice Coach at the Bolshoi Theater in Moskow, working in the new productions of La Forza del Destino, Adriana Lecouvreur, Turandot (Singing Altoum), Rouslan and Ludmilla, Macbeth, Falstaff, Madama Butterfly, Nabucco.