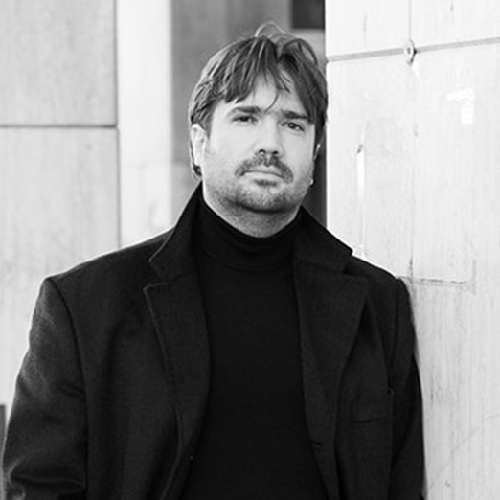 THE MASTER CLASS IS CANCELED

Each active participant will get two lessons with Davide Cabassi.

After graduating from Milan’s Giuseppe Verdi Conservatory, where Davide Cabassi was a student of Professor Ponti, Mr. Cabassi spent several years as one of the few select students at the International Piano Foundation in Cadenabbia, Italy, taking masterclasses with Karl Ulrich Schnabel, Dmitri Bashkirov, Leon Fleisher, Rosalyn Tureck, and William Grant Naboré. He is a faculty member of Conservatorio Nicolini in Piacenza: his students are regoularly winners of the most important international piano competitions. He’s artist in residence at the Col-Legno festival in Lucca and at the Tiroler Festspiele Erl, he’s member of the Artistic Commitee of Busoni Competition and he’s artistic director of the season “Primavera di Baggio” in Milano.

In recital, he has been engaged by most of the prominent musical associations of his native country, including Serate Musicali and Societa dei Concerti in Milan and Festival Pianistico in Brescia and Bergamo. Mr. Cabassi has played concerts in Austria, China, France, Germany, Japan, Portugal, Russia, Scandinavia, and Switzerland, highlighted by appearances in Salzburg’s Mozarteum, the Gasteig in Munich, and Rachmaninoff Hall in Moscow, Roque d’Antheron, Louvre, Salle Gaveau, Tiroler Festspiele, Forbidden City Hall and NCPA in Beijing. In spring 2012 a long collaboration with Teatro alla Scala made him perform with superstar etoille Roberto Bolle, Massimo Murru and Svetlana Zakarova. In 2013 he performed in Athens and in Beijing with the myth Sylvie Guillem.

Davide Cabassi’s debut CD for Sony-BMG records, Dancing with the Orchestra, featuring works by Bartók, De Falla, Ravel, and Stravinsky, was released worldwide in the spring of 2006 for which he won the Italian Critics Award for “best debut recording of the season.” This season of 2007/2008, Mr. Cabassi recorded “Brahms Concerti” and the Schumann Concerto with the Haydn Orchestra under the direction of Maestro Gustav Kuhn for Col Legno label in Italy, and produces in the United States “Pictures” and “Escaping” on Allegro label. In 2010 he recorded (first not cuben pianist) the 40 Danzas Cubanas by Cervantes. In 2011 he will release two more albums for Concerto Classics, one cd for the magazine “Amadeus” (with his quintet, Five Lines) In 2012 he recorded a monographic cd with Janacek piano music, and the Rossini’s Petite Messe Solennelle. In 2013 his debut for DECCA (Mozart Sonatas) was released with great success. In the next year he will record Beethoven Sonatas for DECCA.