The international soprano Christiane Oelze is highly respected as an interpreter mostly of Lieder and Concert repertoire. In recent years Christiane Oelze has increasingly dedicated herself to late 19th and early 20th century works and made a name in particular for the Lieder of Mahler, Hindemith and Messiaen.

She has performed frequently in Opera, especially in Mozart, singing in London (Covent Garden), Paris (Théâtre Garnier), Glyndebourne, Hamburg State Opera, at the Salzburg Festival and Mozart Weeks, the Mostly Mozart Festival in New York and at the Lucerne Festival.

Christiane Oelze is continuing to expand her repertoire of Lieder and Chamber music, accompanied on the piano primarily by her long-standing partner Eric Schneider (Hindemith’s Marienleben and Messiaen’s Harawi).

The 2018/19 season includes Chamber music concerts with the Vogler Quartett in the Sligo Festival in Ireland, Bad Homburg, Berlin, an organ recital in Cologne, a recital with Hindemith’s Marienleben at the Rheinvokal Festival, several Mendelssohn oratorio’s and the Altenberg-Lieder by Berg in Brussels. 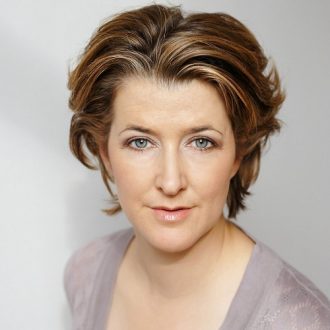