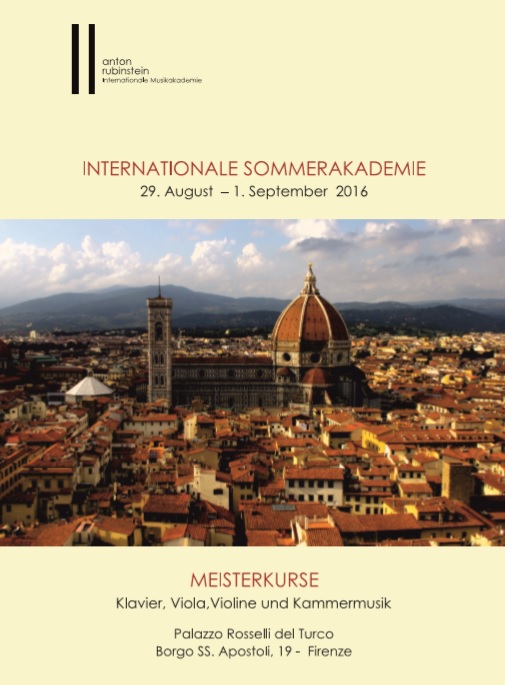 Further informations and application to be sent to: sekretariat@rubinstein-akademie.de

Applications, complete of postal address, email, program and cv should be sent to: